There are a lot of things to consider when placing your home for sale. How long will your home be on the market waiting for a qualified buyer? What shape is my home in, and how much will needed repairs cost? Will the buyer find something wrong with the house after closing and potentially sue? … Continued

Selling your investment property doesn’t have to be expensive or time-consuming. Learn more about your selling options in our latest post! Listing a Salt Lake City house isn’t always the best way to sell it. From repairs to agent commissions to the cost of waiting, selling with an agent can get expensive quickly. Below, we will … Continued

Do you own an unused or unwanted house in Salt Lake City? Learn how to turn your house into cash the fast and simple way! In our latest post, we will explore why more and more people are looking to a direct sale for their Salt Lake City area homes. Finding The Right Buyer If your … Continued

Utah’s population is the fastest growing in the nation! Between 2015 and 2016 the national growth rate was a measly 0.7 percent while Utah’s population shot up an entire 2%. The robust population of Utah is home to over 700,000 households. Every day new and growing families, in need of more space, are looking for … Continued

Do you want to sell a Salt Lake City property? Before you hire an agent or sign a listing agreement, take some time to learn about what a direct sale can mean for your situation. For many sellers in the Salt Lake City area, it can be a more beneficial and lucrative choice! Keep reading to … Continued

You might have considered about selling your Salt Lake City house, but have found yourself putting it off because of all the work involved. We want to let you know that it doesn’t have to be that way! There are many ways to sell your house! Before you commit to a listing, learn about the options … Continued

Do you want to sell your house Salt Lake City? Before you list, make sure you understand what happens during home inspections! A seller should be prepared, knowing everything that will be looked at and what to expect after the process.  Having your house inspected and scrutinized can be stressful. Do you know what will be … Continued

Listing vs Selling Your Home 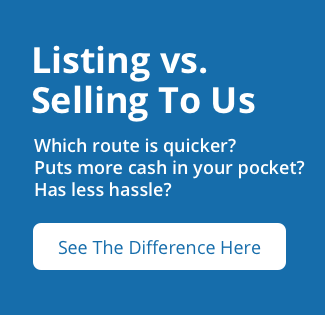 Learn how to stop a Utah Foreclosure 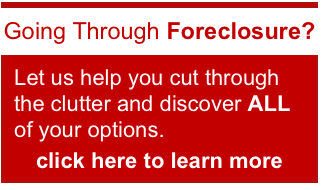 Hear What Others Have To Say… 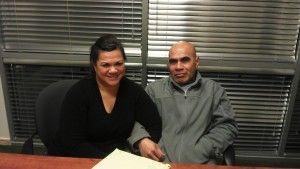 We met Blake back in August when we decided that we wanted to buy a home and sell our house fast. We found him online with the search term of sell my Salt Lake City house fast and contacted Blake about the possibility of buying our home quick so we could purchase a new one. This started a relationship of about 4 months! Blake was very informative of the options we would have available to us and then also made a suggestion as to which one he would recommend in the case of selling and closing quickly and one where we would have more flexibility with our timeline. The next day we signed an agreement with Blake and he was officially our realtor!!
When looking for homes, Blake was always responsive to emails and text messages about viewing homes of interest. He always made good suggestions and gave relevant feedback to us in helping us make a decision. He was always optimistic even when things didn’t always turn out in our favor. Blake was patient when we were indecisive or a little overexcited. When we were getting ready to move forward with the sale of our home and buying our new home, Blake again, provided suggestions and recommendations for mortgage lenders, title companies and other resources that we could use to help us meet our aggressive time frames! We are very pleased with Blake as our realtor and would absolutely recommend him to friends and family when they look to start buying or selling a home! 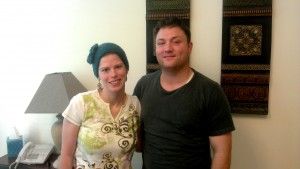 Blake and his team took the effort to give us extra personal care towards striving to find the ideal home without thought of recompense or financial gain. They Work constantly to assist us every step of the way.

Blake Rounkles absolutely helped make 2014 a great year for us! We had a home that we had no luck in selling after my husband got a job transfer to a location across the country (which happened to be the time period after the real estate bubble burst), and after waiting a few years for the market to come back, I found his website under “We Buy House in Utah“in desperation and when he contacted us I was willing to accept just breaking even or taking a hit if we had to, just to get rid of the whole situation. Blake convinced me to trust his process and not only did we sell our home, he also got us a tidy profit to boot! All the while during that process he was always accessible to us whenever we needed him. The personal attention he provided was invaluable. He took a stressful home situation and turned it into a pleasant home selling experience. I highly recommend him for any and all of your real estate needs. You won’t find a more genuine, honest and knowledgeable person for the job, in my opinion. 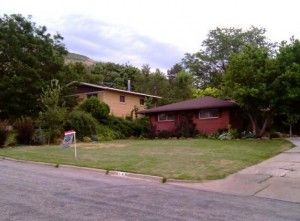 To whom it may Concern:

It has been a real privileged to have had Blake Rounkles represent me in selling my home.  It has taken a while because of the short sale. He has answered my questions and given suggestions. He has always been available whither by phone or e-mail. If I need a an Investor/Realtor in the future I will contact Blake to represent me.

Hi Blake,I would like to thank you for all the work you have done on my behalf in finding a qualified buyer for my home in Ogden.  Knowing that it would not be easy to sell my home during this tough economic time, I needed an investor whom I could trust to hold my interest in the highest regard and handle decisions for me so that I could focus on my new life in Nevada.  You have proven yourself well in regards.  I did not worry about my house selling, nor about the paperwork that was needed. You looked after my interests as the seller impeccably.  I appreciate all you have done to make this a smooth transaction.